For only $835 (official fees included) we will: 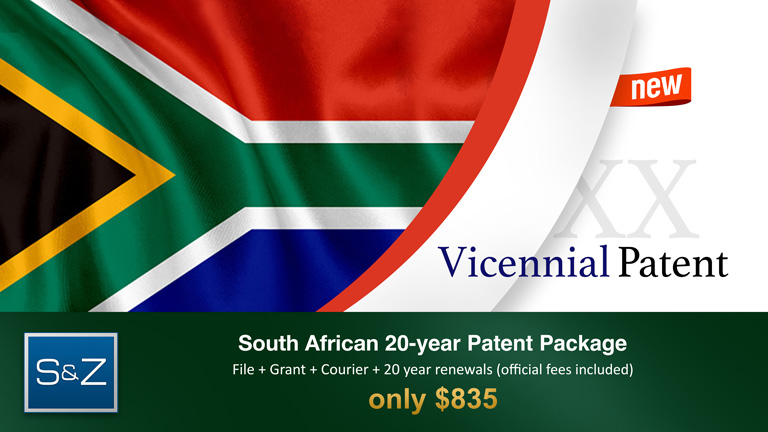 No additional cost will be incurred for the 20-year term of the South African patent, even if official renewal fees are increased during the term of the patent.

The South African Patent Office does not conduct substantive examination of patents. No prosecution costs will be incurred, and grant is guaranteed.

Send us an email. For South African PCT national phase patent applications, we require the published PCT / WO number. For South African convention patent applications, we require: the applicant's name and address; the inventor's name and country; a copy of the South African complete patent specification (in Word format); and the priority document. We will send you forms for signature. Scanned copies of the signed forms and documents are accepted.